Home Ownership Basics: Tips For Making Your House A Home

If you're considering copper sinks, you may have heard that one of the major benefits is that they're antimicrobial. This is true: copper sinks will kill most bacteria present on their surface. In addition to its attractive appearance, copper is an excellent choice for fixtures around kitchens and bathrooms.

Why Is Copper Antimicrobial?

Copper is considered antimicrobial because it kills microbes, such as bacteria, on its surface. However, no one really knows why it does this. There are some theories. The physical structure of copper may damage microbial cells. The presence of copper in microbial cells may make it difficult for these cells to survive. And copper may cause oxidation in microbes, leading to their demise.

Regardless of why copper defeats bacteria, it's proven that it does. This is why copper is frequently used in hospitals. However, copper takes a while to kill microbes: it isn't instant. It cuts down on the overall bacterial load of the kitchen, rather than killing bacteria immediately.

What Are the Benefits of Antimicrobial Materials?

Since copper doesn't kill bacteria instantly, you may wonder what the benefits are. Bacteria is everywhere, all the time, regardless of how often you clean. People have bacteria growing inside of them, and that's perfectly healthy.

Copper reduces the number of bacteria (both harmful and neutral) in your kitchen, thereby lessening the chances that you could run into harmful bacteria in your environment. If you have anyone with an illness or a compromised immune system in your home, this is especially important — and that includes children and the elderly.

Further, bacteria is often what leads to films developing on kitchen sinks or odors coming from the kitchen sink. Having an antimicrobial material cleans the sink overall, making it more likely to look and smell clean.

Are There Other Benefits of Copper?

In addition to killing bacteria over time, copper is often considered to be an "upgrade" because it adds value to a home. Copper is a long-lasting, durable metal, and if treated properly, it will not corrode. It goes especially well with rustic, warm kitchen designs. If the copper is scratched, it can be refinished. Many people think that copper gains character when it's scratched and dented.

Copper sinks still need to be regularly cleaned, but the copper itself will cut down on the overall amount of bacteria in your kitchen. If you're concerned about the general health and sanitation of your kitchen, it's a good choice. 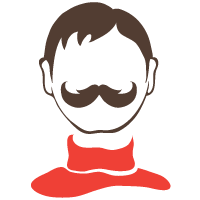 When I became a homeowner, I found myself somewhat overwhelmed by the maintenance and renovation needs. I wasn't sure where to start, but I knew that there was a lot to do. I spent a lot of time working room by room to determine what I needed, and I worked with a contractor who helped me simplify things. I learned a lot through the process and decided that I wanted to share that knowledge with others. This blog is designed to help other homeowners understand what they can do with their space to help make it truly feel like home. I hope it helps you to settle in as you get the keys to your next home.